BNR-100. Important places in Miensk. 8. Building of Government of the Belarusian Democratic Republic 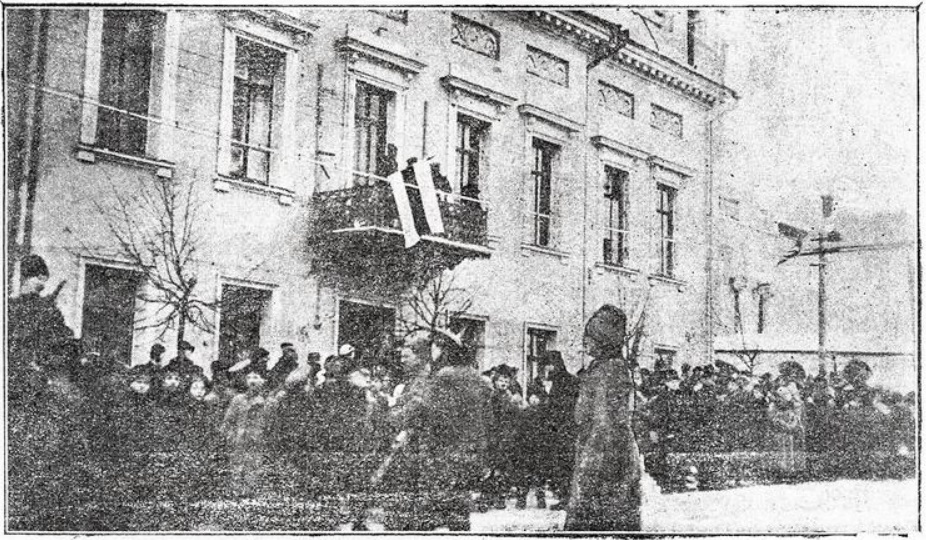 In the XIX century the building was used as a house of Minsk governor. There the First Constituent Charter to the people of Belarus was proclaimed.

Present-day building of the Republican music gymnasium-college was built in 1699 as a Jesuit school in architectural complex of Minsk Jesuit Collegium. In 19 century this building was used as the house of Minsk governor.

From 20th of February 1918 in this building, People’s Secretariat of Belarusian Democratic Republic was located. On 21 February 1918 here the First Constituent Charter for nations of Belarus was adopted. It declared the Belarusian authority on the whole territory of Belarus.

During 1918 the Belarusian Democratic Republic government staff changed several times. For example, in May 1918 Raman Skirmunt, Minsk Belarusian Representation leader, created a coalition government (it was centre-right). But his government remained just for a short period of time and since October 1918 Anton Luckievič led the Rada of People’s Ministers.

After events of 1918 the house of governor was used for different needs. Finally, it lost its outward appearance after the rebuilding in 1968. Brilliant monument of 17 century baroque architecture changed its look beyond recognition