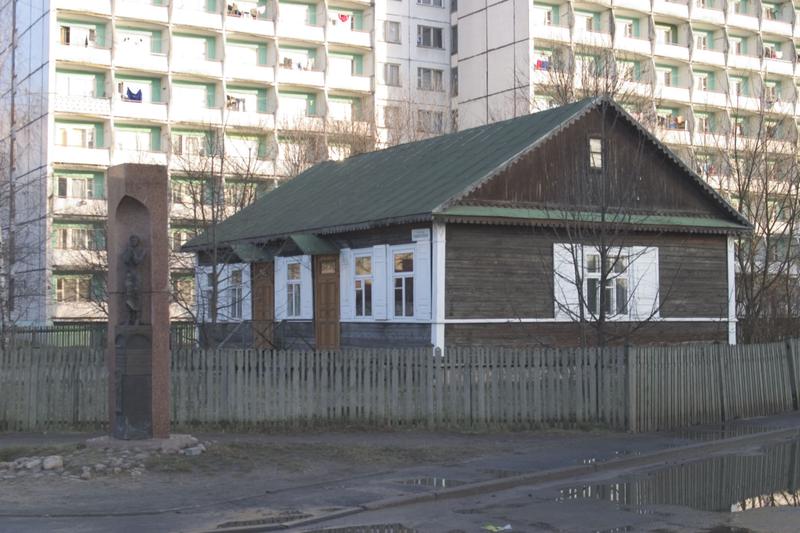 «Bielaruskaja Chatka» is a сlub of the Belarusian artistic intellectuals that was involved in the cultural and educational activities from 1916 to 1920.

At first, there were evenings in "Bielaruskaja Chatka", where the works of Belarusian writers were read and a choir sang. A theater worker Uladzislaŭ Halubok, a poet Maksim Bahdanovič, a writer and public figure Zośka Vieras participated in the evenings. Later, the First Belarusian Society of Drama and Comedy, a theater troupe under the direction of Francišak Aliachnovič, the Minsk Community of Artists, the Drama Section of the Belarusian Student Community and other cultural organizations worked here. The activities of club were covered in the press.

Members of the club were not only witnesses to the creation of the Belarusian People's Republic, but also active participants in these events.

In the 80s of the twentieth century, the heritage building saved from demolition was removed from its historical foundation and moved to vulica Rabkoraŭskaja (about a hundred meters from its former location). Zmitrok Biadulia and Maksim Bahdanovič lodged in this house.