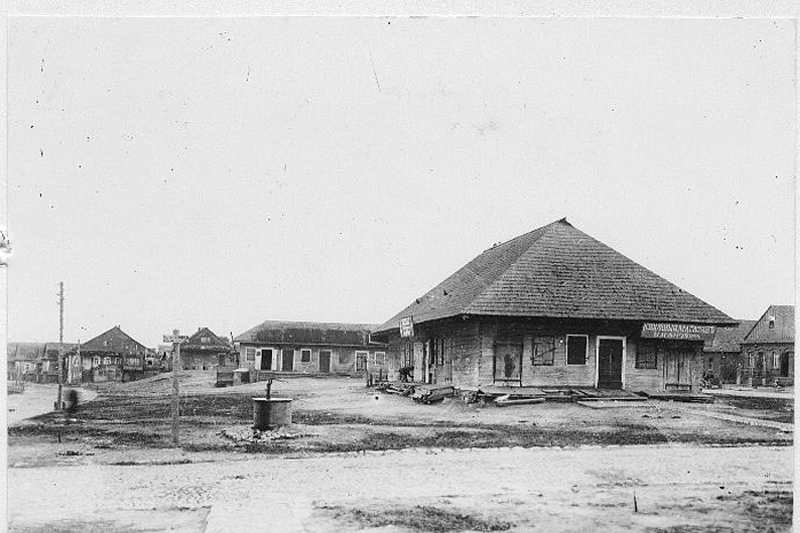 Címkavičy is a village in the Kapyĺ District of the Minsk Region. During the Sluck armed uprising, the Belarusian Soviet Front was located near the village.

The first written memoirs of Címkavičy are dated by 1499. At this time, a shopping area, from which 4 streets diverged, was located in the center of the town, and there were 4 blocks. Shopping malls were on the square. Since the end of the XVI century, there was a Uniate Church in Címkavičy and a synagogue not far from it. At the beginning of the XVIII century, the name Címkavičy brings to mind a town and an estate. Since 1635, the town belonged to Kazimir Lieŭ Sapieha, who built a wooden Church here in 1647. Since the end of the XVII century, Radzivils owned the Címkavičy estate.

In 1793, as a result of the partitions of the Polish-Lithuanian Commonwealth, the town Címkavičy became part of the Russian Empire (Sluck District of the Minsk Province). In 1897, the town had 360 courtyards, 2 Orthodox churches, a Catholic church and 3 synagogues, a parish administration, a post office, 2 inns, 3 taverns and 42 shops.

In February 1918, during the First World War, Címkavičy was occupied by the Germans. On March 25, 1918, in accordance with the Third Charter, the town was declared a part of the Belarusian People's Republic. During the Sluck armed uprising in November – December 1920, the defense line of the First Hrozaŭski Regiment of the Sluсk Brigade of the Belarusian People's Republic passed through Címkavičy. For almost a month and a half during the Sluck armed uprising, Címkavičy was the center of the gmina of Sluck District, with the national white-red-white flag flying over the town.