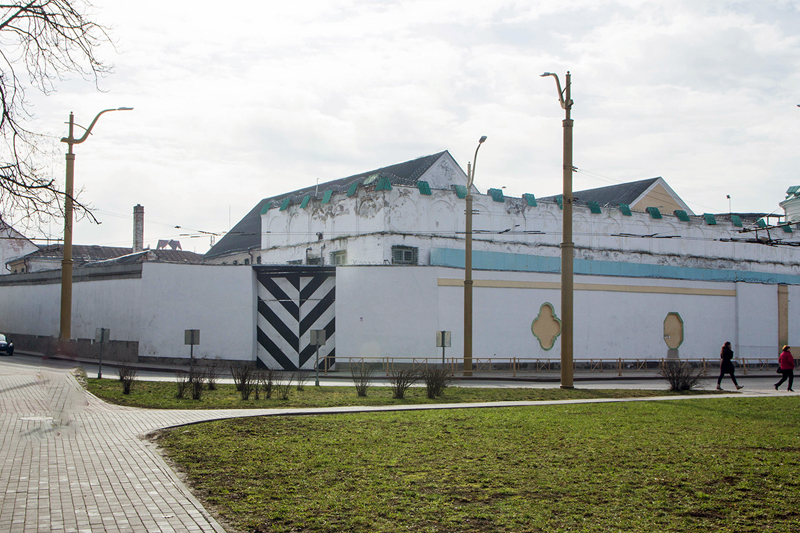 The Horadnia prison was established by the Russian authorities in a short time after the annexation of Belarus.

As far back as 1812, French prisoners were kept in the cells of the former Jesuit monastery and collegium, and since 1820 the former monastery officially became a prison according to the decree of the Russian Tsar Alexander I. During the uprising of 1863-1864, about 2 thousand rebels, among which was famous artist Napalieon Orda, passed through the jail.

After the proclamation of the BNR and during the vigorous activity of the Belarusian organizations in interwar Poland, the prison was replenished with many famous Belarusian figures. Tamaš Hryb, one of the leaders of the Belarusian School Society, Paŭlina Miadziolka, one of the founders of the Horadnia Club of Belarusian Youth, and Janka Natusievič were among the first who found themselves behind its bars. Belarusian poet Valiancin Taŭlaj and Belarusian writer Pilip Piestrak, a communist figure in Western Belarus Pilip Piestrak were prisoners of the Horadnia prison. One of the most famous prisoners is the author of the first Belarusian grammar, the head of the Belarusian Peasant-Workers' Society and the Belarusian ambassador to the Polish Sejm Branislaŭ Taraškievič. During the imprisonment in the cell №45 he managed to translate the poem “Pan Tadeusz” by Adam Mickievič into Belarusian. BNR activist, Baptist pastor and Bible translator Lukaš Dziekuć-Maliej, who was arrested by Polish authorities three times for Belarusian activity in early 1919 was probably another famous prisoner of this place. During his imprisonment in prison, he almost died of typhus, but, having passed all the trials, he continued his Belarusian Christian activity. The Horadnia prison was the place of meeting and hardiness for many Belarusian patriots throughout its history.